Shakespeare Notwithstanding, Stigmatising Debt Helps Neither Borrower Nor Lender 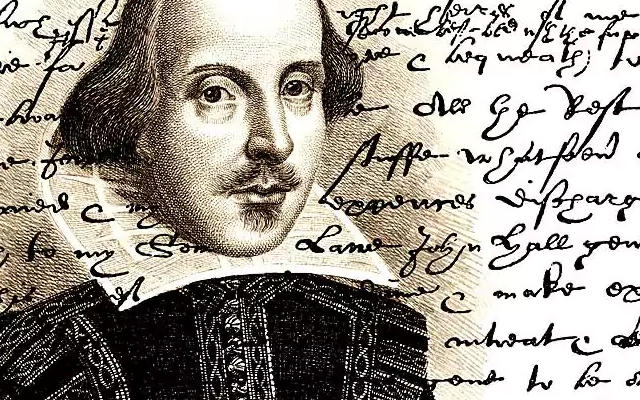 William Shakespeare had some pretty pithy things to say about money and debt. Do his words hold up in today’s economic climate? And how do modern attitudes towards money and indebtedness affect the way people handle their personal finances?

The year 2016 marks the 400th anniversary of Shakespeare’s death (the exact day being May 3, 1616). Since the event is being celebrated across England throughout the year, it is perhaps only appropriate to give a nod to the fact that the Bard of Avon had much to say about money. Actually he a lot to say about many matters, and is probably quoted nearly as frequently as the Bible, but his musings on money could possibly lend a whole new layer of relevance to his massive body of work, for both schoolchildren and adults.

Writing for The Spectator in late April 2016, Moira O’Neill wondered, in light of the fact that personal finance is on the National Curriculum for 11-to-16 year olds, if some of Shakespeare’s works can now be utilised to help educate kids about money management. She also questioned whether adults who are struggling to pay off debts and save for the future – both of which are problem points in the UK – could benefit from Shakespeare’s words about money.

Perhaps a line from Othello would be a good starting place, when Iago says, “Poor and content is rich, and rich enough”, for much of our debt arises from things we purchase to feed a hunger that can never be sated by “things”. That new car every few years, when our old one is still perfectly serviceable, or the state-of-the-art flat screen television that replaces our still new-ish model are probably good examples, but there are many more that we could list if we were willing to do so.
The Bard’s admonition to, “Neither a borrower nor a lender be”, from Hamlet, is actually contrary to the accepted rules of personal finance, since eschewing credit in any form can actually prevent you from getting some of the things you truly need, such as a home, insurance, or even a job. And if by lending he meant never to invest for profit, the admonition would end up being quite costly, since simply storing your savings would allow inflation to eat away at it.

Notwithstanding Shakespeare’s (and many of the pre-Shakespearean Christians’) disdain for borrowing, it is a generally accepted practice in which most people in modern societies must engage sooner or later. Though it would be grand to have the ability to pay cash in full for the purchase of every good or service, that simply is not possible for most folks. The key is to be a judicious consumer and by extension, a judicious borrower.

We tend to be pretty good about the former, comparing different vendors’ prices for the goods and services we purchase, but for the most part, we’re not quite as judicious about shopping for the best deal on credit. We tend to go by default to either the lender with whom we’ve done business previously, or the one that has the most appealing adverts, rather than researching among various lenders to see who offers the best terms, the lowest interest rates and fees, and who provides the best customer service. While loyalty might be a desirable trait in most cases, it can be expensive where our purchasing and borrowing are concerned. Better that we seek the best quality, prices, and service, not only for the products and services themselves, but also for the loans we take out to pay for those products and services. There are resources that provide us with a side-by-side comparison of offerings and terms of numerous lenders, which help us to get a clear picture of which lender best meets our needs and offers the best deal.

It’s time to get real about debt

Although borrowing in and of itself is a morally neutral undertaking (provided that everything is legal of course and that both borrower and lender are acting in good faith), many people still struggle with the notion that borrowing money diminishes them in some way. Debt charities such as StepChange recognise this phenomenon and have addressed it.

In early April 2016 StepChange released their Statistics Yearbook 2015, which is a wealth of information about personal debt in the UK (a link to download the report itself is in the article linked to in this sentence). While many of their clients tell them they feel ashamed or embarrassed about being in debt or that it makes them feel like a bad person, those feelings tend to fade when clients realise just how widespread the problems are. So if you find yourself worrying about your financial situation, by all means, seek out help, before the situation overwhelms you.

The important point to remember is that indebtedness – even serious problem debt – does not make you a bad person. Having money struggles is neither a character flaw nor a moral failing. Stigmatising debt only makes problems worse for the borrower, who may sink more deeply into despair and possibly indulge in impulsive shopping – “retail therapy” – to get her or his mind off of the problem, thus perpetuating a vicious cycle. And inducing guilt and shame in borrowers is counter-productive for the lender as well.

All moralising on the issue aside, money is simply a unit of exchange for goods or services. If you enter into every transaction with good faith and remain on the right side of the law, you have nothing to feel guilty or ashamed about. (Similarly, if someone in your life is struggling with debt or other money problems and you’re feeling a little moralistic yourself, please think twice before preaching at them about their problems. You don’t have to give them money or otherwise enable them, but at least try to err on the side of compassion when speaking with or about them.)

If you’re the one who is struggling, stop wasting time and energy on guilt, and redirect that energy to finding a way out of your financial bind. Above all never be afraid to ask for assistance: there are plenty of other people in your boat, and financial counselors and debt charities have truly heard it all, and can point you in the right direction for help.